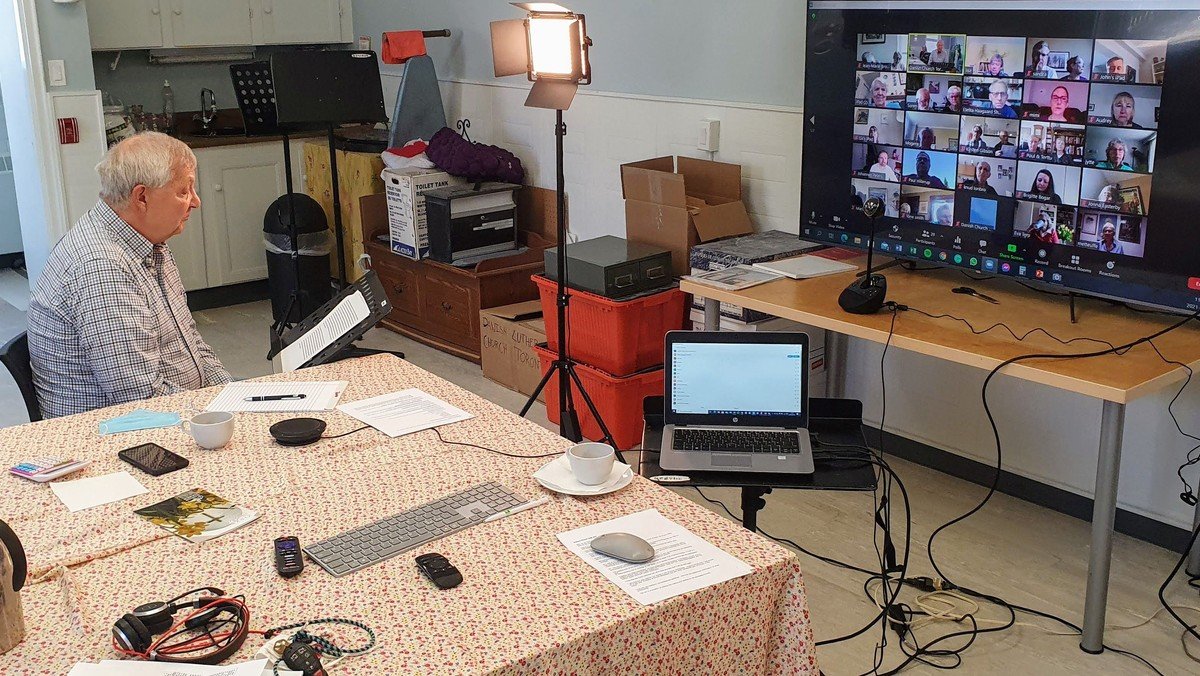 The Danish Church of Toronto held its Corona-safe AGM on Zoom on Saturday, April 24.

Sune Overgaard, the board president, led the meeting and presented both his report and the financial statements for the church.

As a part of the AGM, the members voted on the proposed Sanctuary Upgrade presented by the board, which was approved almost unanimously, and the important work can now proceed.

The meeting also received reports from Pastor Simon, the Maintenance committee and the different activity groups in the church.

The four members of the Board, whose term had expired were all re-elected and Johannes Petersen was elected to fill a vacancy on the board.

Read more about the AGM in the next issue of the church bulletin published at the beginning of May.

The AGM was held the Corona-safe way on Zoom, with more than 40 members participating on 31 different screens.